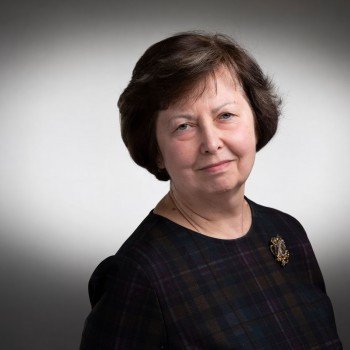 LARISA BULAVA is a professor at the organ class of the Latvian Academy of Music. She has graduated from the organ class of prof. I. Kalniņš (1973) and prof. N. Vanadziņš (1974) of the Jāzeps Vītols Latvian State Conservatory; she has studied with prof. V. Schetelih (1980/1981) at the Leipzig Academy of Music. Further professional mastery has been mainly shaped by her work, a rich concert experience (in Latvia, former Soviet Republics, many European countries, as well as the USA, Canada and Israel), participation in many festivals and TV, radio, vinyl and CD recordings. L. Bulava was the organist at the Riga Dom congregation from 1992 to April 2019. She worked as an organ instructor at the Daugavpils Music Secondary School from 1997 to 2016.